I have known Melanie for almost a decade now. We met through mutual friends in the face and body painting industry. Melanie is a capable artist as well as an amazing model. She was my model in my very first international body paint competition, as well as for several other incredible moments. Not only does she paint, she also sews and creates her own cosplays. So when she called me up with a couple ideas for photos with her "boyfriend", I was so excited! When we arrived at Greenwood Cemetery, because where else should you do a Morticia and Gomez session, she jumped out of the car and showed me her ring! Surprise! These were actually engagement photos!! They had been keeping it a secret until they could announce it with pictures. I also asked Melanie a few questions about her engagement, so enjoy checking out the photos and reading about how these two fell in love. 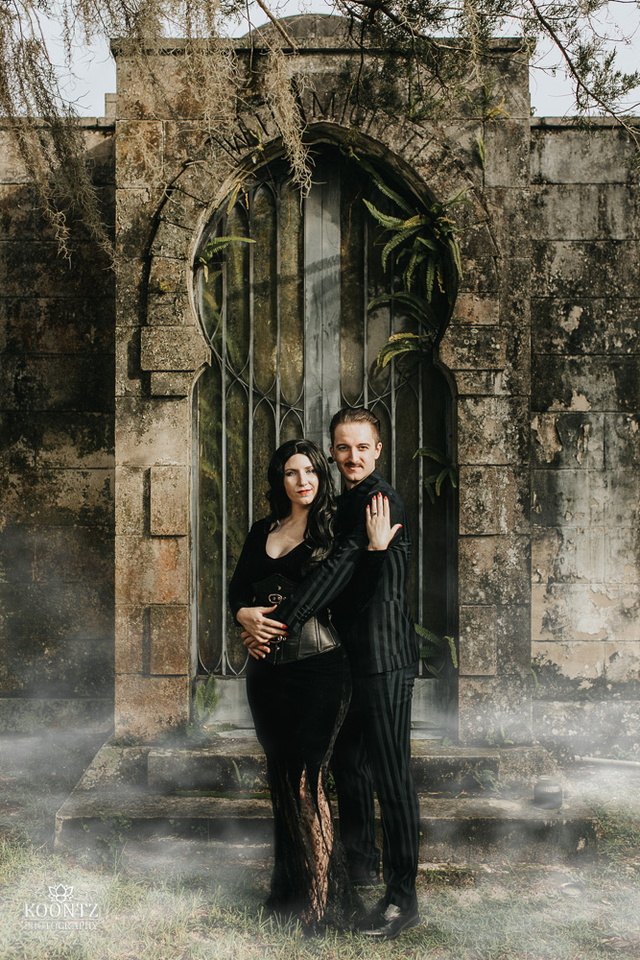 Jake and I actually met 875 miles from where I live, in a totally different country: Belize. I take an international trip every September with EF Ultimate Break, and he was going on his first non-business international vacation. It’s a group trip, and you often don’t know the other people in the group til you get there unless you book together. Our meeting is the closest thing to love at first sight that I’ve ever heard of, since we were drawn to each other the minute we saw each other in the lobby of the hotel. We kept finding times to talk to each other the first day, and making excuses to be near each other. 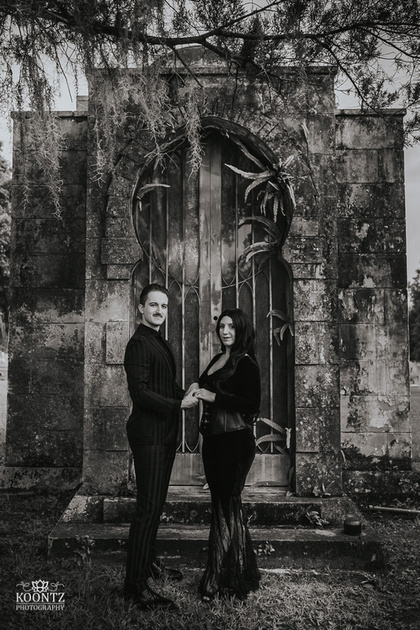 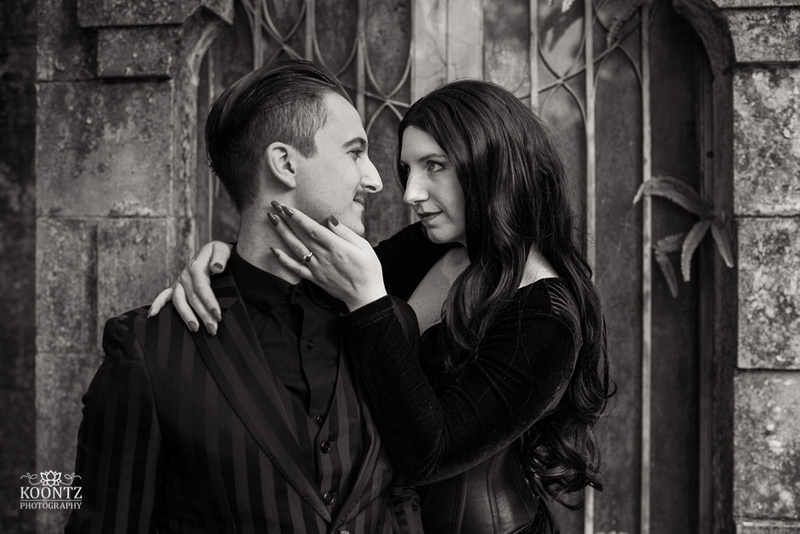 The second night of the trip we shared our first kiss on a dock, under the stars, in San Pedro, Belize. After that our whole group seemed to recognize what was in store for us, even if we didn’t know or believe it yet, and they all joked on the last night of the trip that we needed to invite them to the wedding. Of course we laughed, and brushed it off... 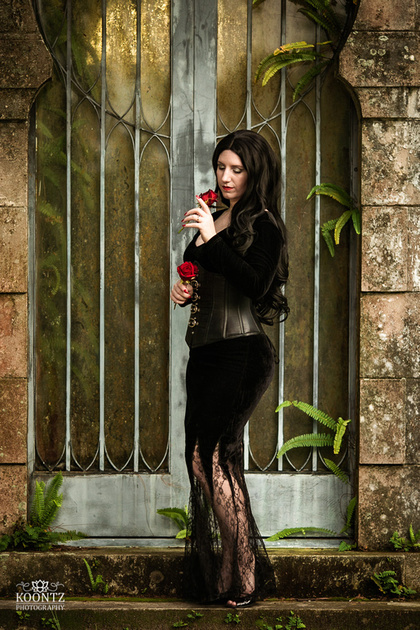 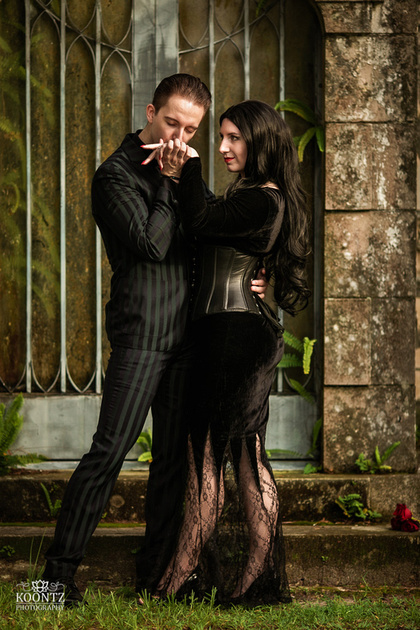 Having met 875 miles from where I lived, it also turned out that he LIVED 613 miles away, in North Carolina. That didn’t stop us, and we haven’t been a single day out of communication since the day we met. We FaceTimed, planned a trip for him to come down and see me, and we started officially dating on October 27th, 2019, a month and five days after meeting. Before meeting each other, we had both pretty much given up on finding ‘the one’. Finding each other definitely changed our minds about that! 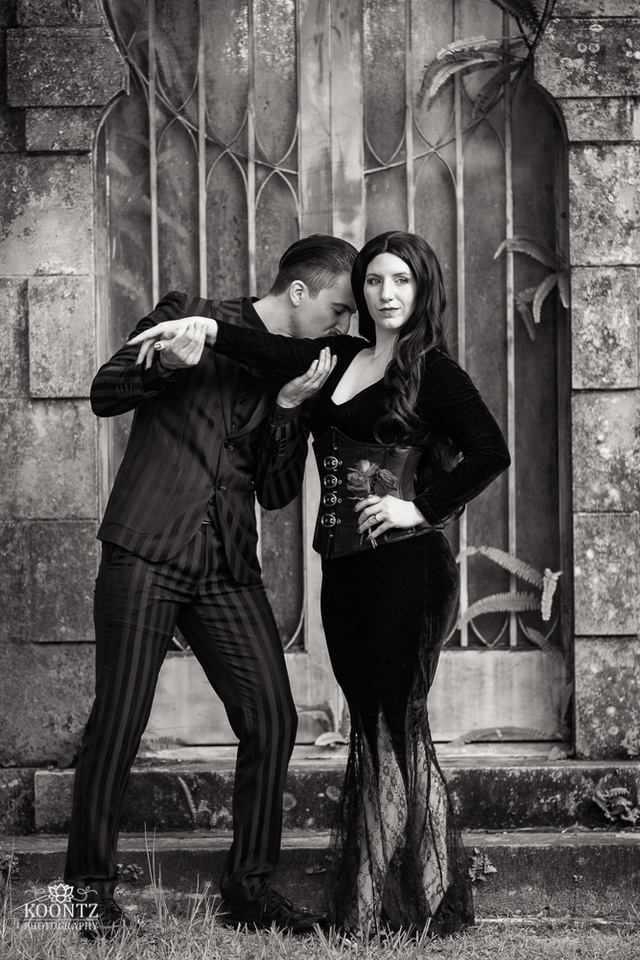 Jake moved down to Orlando at the end of March, a bit earlier than planned due to the pandemic. It has been absolutely amazing having him here, and we’ve grown together so much the past few months. 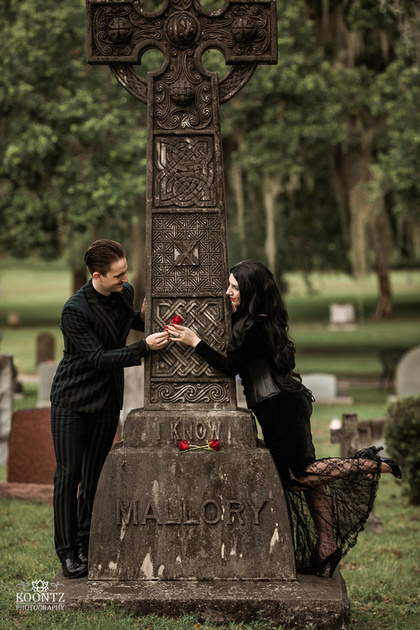 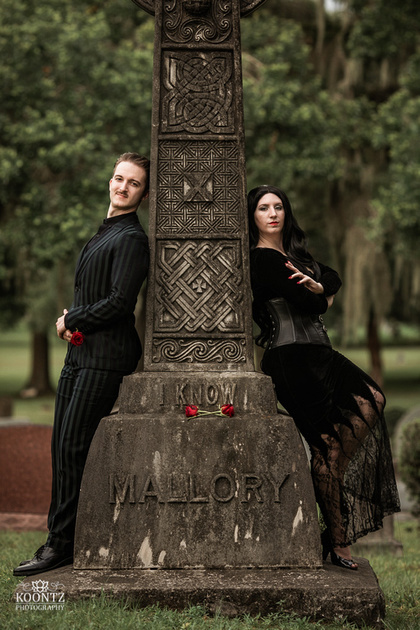 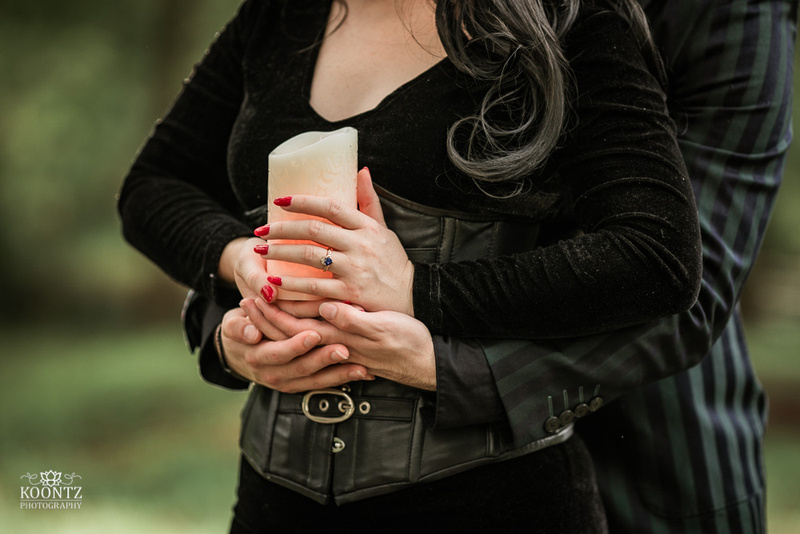 He proposed on the balcony of the Rock Royalty Suite at the Hard Rock Hotel in Daytona Beach, on July 10th, 2020, at sunset, overlooking the beach and the pool deck. And true to our Belize group’s predictions, I said yes! 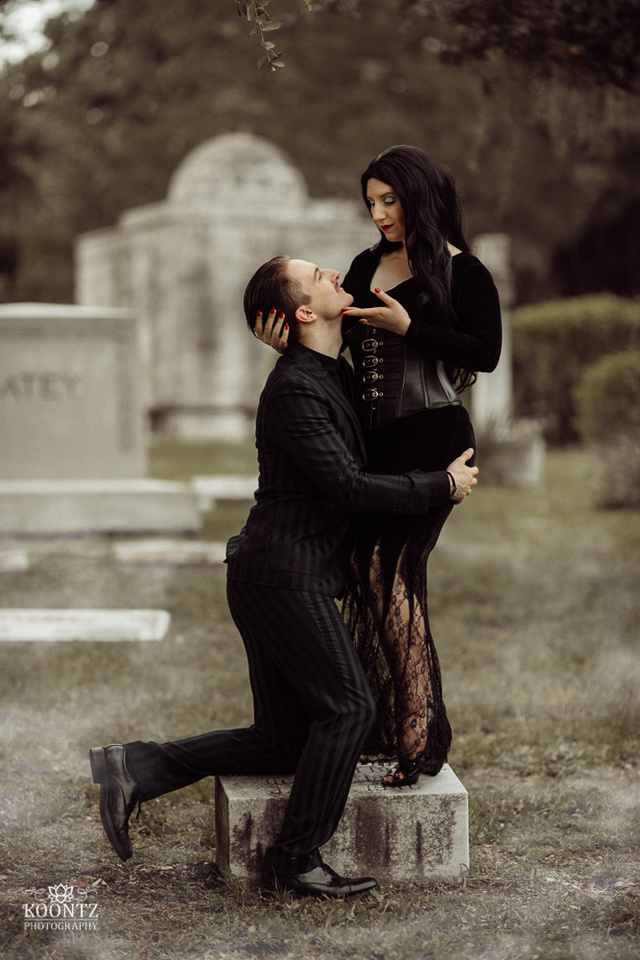 We chose Morticia and Gomez as our couples cosplay for our engagement photos for a few reasons: they portray one of the most loving, healthy relationships we’ve seen in the media, they’re a lil kooky and so are we, and their aesthetic and romance is absolutely beautiful. 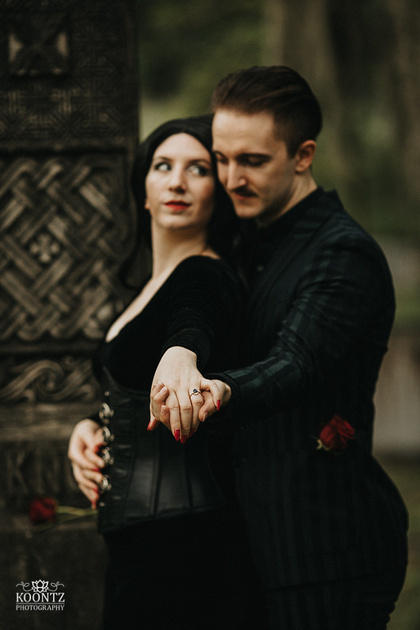 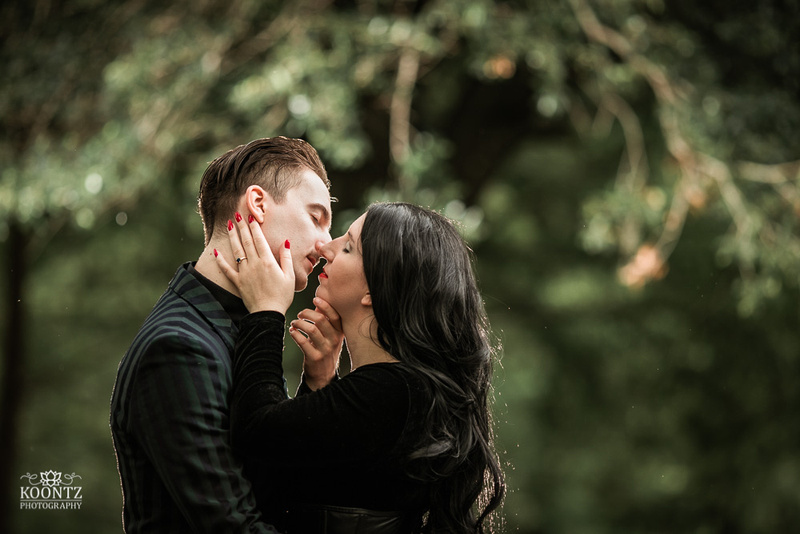 We chose Daniella as our photographer; her skill with light and shadow, posing, and just overall magic with a camera is unprecedented. Thank you for making our engagement photos so magical! 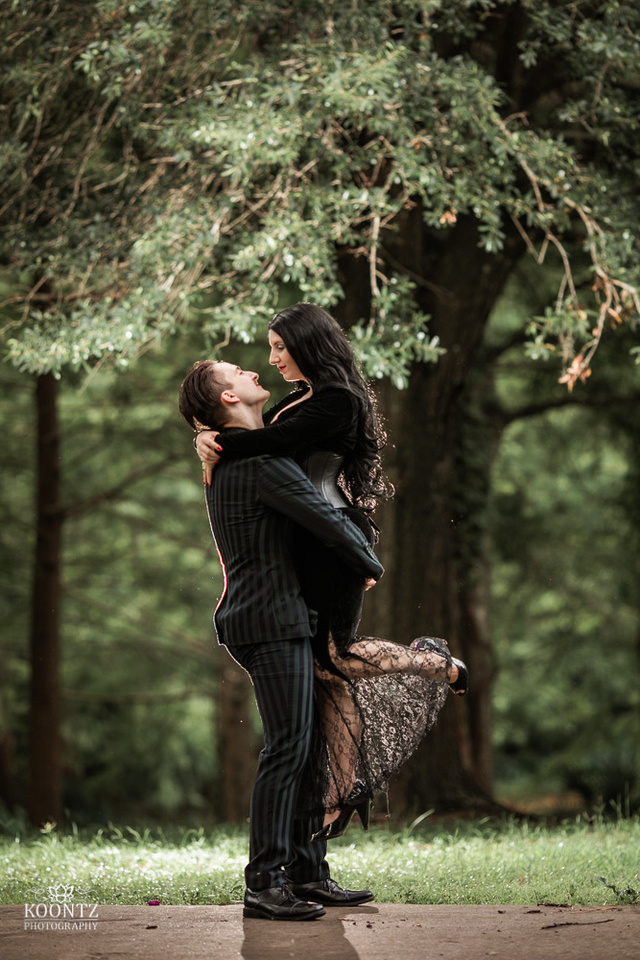 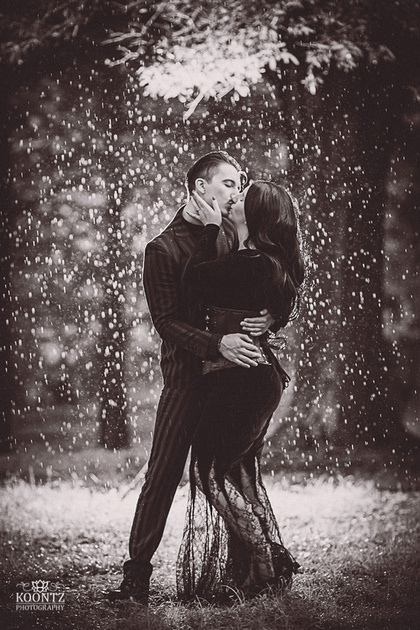